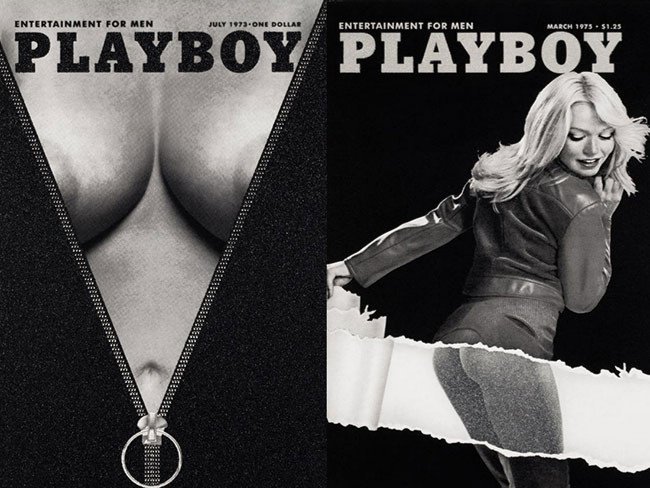 Hugh Hefner is an icon when it comes to magazine publication. His ideas were more often than not very controversial; some would even suggest that he was ahead of his time. Let’s look at both sides of the argument; Firstly, Hefner openly profited by publicising sexuality and in a way some could argue that he was making money off the women who were modelling and secondly, you can say that for Hefner was indeed a revolutionary due to his openness towards sexual freedom, racial equality and for his stand against social norms. The question we should ask isn’t whether something like that would be celebrated at this time it is whether he made a difference at a very different time. If we review his work based on current themes and trends then it doesn’t look great for Hefner due to his over-representation of women in the naked light, but his efforts have greatly influenced many notable artists, and some even suggest that his efforts have greatly influenced modern publicising. The Playboy magazine had a humble beginning as Hefner managed to acquire enough money from his friends and family in 1953 to launch the first Playboy magazine. To this day, the issue remains infamous as it contained the then famous Marilyn Monroe on its cover. The copy of the issue can now fetch a lot in an auction, but when it was released, it was priced at 50 cents. The infamy around the magazine is due to the naked portrait of the popular actress. At the time, such ideas were celebrated, but not many were put into action. Hefner is viewed as a publication icon, but one cannot look past the blatant exploitation that women were subjected to. So when we look to celebrate his legacy, we must ask to realise that Hefner is no messiah and that there was more to the story than what meets the eye.

There have been some iconic playboy covers since its inception. In all honesty for us, it has to be the infamous Marilyn Monroe cover of 1953 that takes the cakes. Some other notorious covers that we believe finish close to the Marilyn Monroe cover was the 1971 portrayal of a black woman on the cover; it was unexpected, it was ahead of its time, and it was quintessentially Hugh Hefner. Most lists on Google will give you a number of iconic covers; there were plenty but very few have stood both the test of time and set precedents that will be followed for decades to come.